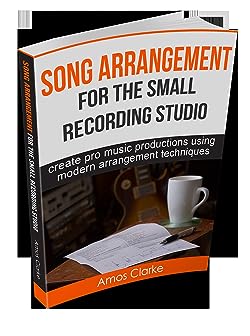 Amos Clarke is enthusiastic about music and composing.

He has been employed as a recording and mix engineer, songwriter and producer for well over 10 decades. He's also written several books on music production and non-fiction composing techniques.

He has worked widely in live audio and like a bass player and vocalist in working bands that have gigged around the globe. He is passionate about creating, mixing and recording music and many of his projects involve global collaboration function. Amos currently writes and plays in his two-piece indie pop (drums and bass) group, 'Premium Comfort Shoes' and also have global releases.

Amos now holds an academic standing at Unitec Institute of Technology in Auckland, New Zealand where he's been lecturing in a tertiary level for more than 18 years. He also holds a Diploma in Audio Engineering from SAE, a Graduate Diploma in Higher Education, and a Diploma in Architectural Technology.

You'll be able to contact Amos by email at show.pony@live.com

Amos Clarke has 2 products available for sale in the category of eBooks.