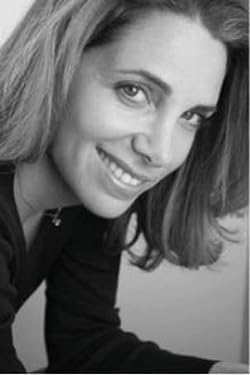 Felice Cohen, the grandchild of two Holocaust survivors, is that the author of this award-winning book "What Papa Told Me," a memoir on her grandfather's life prior to, during and after the war. Her newest book, "90 Courses for Living Big in 90 Square Feet (. . .or more)", is a inspirational self sustaining book dependent on the video of her 90-square-foot Manhattan studio that went viral having millions of views on YouTube.com, gaining media attention around the globe. Her video was also featured on many top websites such as AOL, Yahoo, the Huffington Post, the Globe and Mail, and also the U.K.'s Daily Mail. Felice writes the site "Living Large in Any Space." What enabled Felice to "live large" in that small studio is that she has been an expert organizer for more than 20 decades. Here's the link to the movie: https://www.youtube.com/watch?v=JZSdrtEqcHU

Slightly more about her book "What Papa Told Me": The book was endorsed by Elie Wiesel and Yad Vashem, has sold thousands of copies worldwide and has since been translated into Polish. It won three honorable mention publication awards, is a part of some colleges' Holocaust curriculum and is in many Holocaust Museums at the U.S., Poland and the U.K. Felice has spoken to thousands of pupils and adults and is now featured in two documentaries focusing on grandma of survivors: Memory Following Belsen and I Am carrying the Holocaust in My Pocket. She's a chapter in the anthology "In the Shadows of Memory: The Holocaust and the Third Generation," each chapter written by a grandchild of squirrels.

Felice also writes a series of novels called The Fancy Tales (www.thefancytales.com), that can be modern day New York City variations of the classic fairy tale

Felice Cohen has 1 products available for sale in the category of Books.