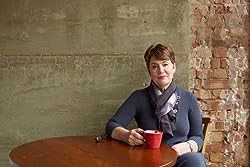 My career has taken some surprising twists and turns over the years. I've been a journalist - senior writer at the Daily Mail, news editor in the Daily Telegraph, also chief reporter in The Mail on Sunday, at which I won Reporter of the Year at the National Press Prizes, gave up my job to volunteer in Sri Lanka and since 2008, have worked and trained with exiled and endangered journalists all over the world.
But through it all, a narrative was cooking in my head.
The worm of this book infected me long ago when, as a nationwide newspaper journalist covering infamous crimes and trials, I found myself wondering exactly what the wives of those accused really understood - or allowed themselves to know.
It took the liberation of my profession change to turn fascination into a tale of a lost kid, narrated by the spouse of the man suspected of this offense, the detective leading the hunt, the journalist covering the case and also the mother of their sufferer.
Much to my astonishment and pleasure, The Widow is a Sunday Times bestseller, was sold to 29 countries and can be found today in the united states and will be released around the world at the forthcoming months.
But, the abrupt silence of my characters feels like a reproach and I am currently working on a second book.
My spouse and I are living the fantastic life in southwest France, at which I am writing in bed, early in the afternoon when the only diversion is the cockerel, Sparky, crowing.

Fiona Barton has 2 products available for sale in the category of Books.