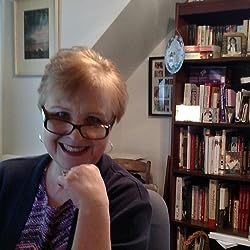 Andrea Boeshaar was married for nearly 40 years. Her husband and she have 3 wonderful sons, 1 beautiful daughter-in-law, along with 5 valuable grandchildren.

Andrea's publishing career began in 1994 when her first publication premiered by Heartsong Presents (Barbour Publishing). She went on to compose a lot of romances for the book club and has been voted among the line's "Favorite Authors" many times over.

Through the Years, Andrea has written novels for such publishers as Summerside Press, Guideposts, Charisma House/Realms, and Lighthouse Publishing of the Carolinas. Andrea's book "A Thousand Shall Fall: A Civil War Novel" is put in the beautiful Shenandoah Valley in 1864. During the Seymour Agency's efforts, it is contracted with Kregel Publications and published in the autumn of 2015. Furthermore, Andrea contracted using the Prism Book Group for a selection of romantic novellas called "Seasons of Love." Her most recent novel, "Too Deep For Results: A Civil War Novel" is book 2 in her Shenandoah Valley Saga.

Back in 2000, Andrea co-founded ACFW (American Christian Fiction Writers) with author Lynn Coleman and served on the company's advisory board for a variety of years. Andrea keeps her membership from the organization and her local ACFW-WISE chapter although no further in direction.

Andrea worked as a literary agent under the tutelage of Joyce Hart along with the Hartline Agency. Andrea saw much success. However, in 2007, Andrea realized she was more of a mentor than literary representative. She got her certification. Now she is the purveyor of Steeple View Coaching for Writers. Recognizing among her customer's gifts and possible, Andrea wrote a novella with introduction author Christina Miller called "One Way to the Altar" (Convenient Brides Collection). The anthology made its way to #15 about the Bestseller List of the ECPA to Indices

Andrea Boeshaar has 2 products available for sale in the category of Books.