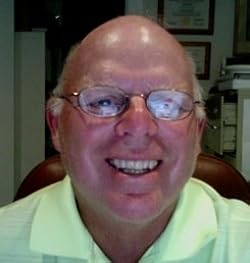 Frank I. Katch took early retirement as Professor of Exercise Science at the University of Massachusetts, Amherst (1977-2001) and proceeded to Santa Barbara, CA where he resides with his wife Kerry. At UMass, he served as Department Head (1977-1990) and Graduate Program Director (1977-1986). Before UMass, '' his first teaching job after completing graduate studies at the University of California at Berkeley had been Queens College at the City University at New York (1970-1977). Dr. Katch is an elected Fellow of the American College of Sports Medicine and member of the prestigious American Academy of Kinesiology and Physical Education. He's published over 145 articles in peer reviewed scientific and professional journals, around 230 invited lectures at national and international conferences, including opening service or plenary talks in health, business, and fitness meetings at the USA and South America, Europe, and Asia. His college texts with publisher Lippincott, Williams & Wilkins (http://lww.com) include English, French, Spanish, German, Portuguese, and Japanese translations, including Global European variants):

His collaborations also include 3 customer books; Getting In Shape (Houghton Mifflin, 1979), Fitness Walking (Putnam, 1985), and The Fidget Factor [Andrews McMeel, 2000]). Dr. Katch was elected to the Board of Trustees of the American College of Sports Medicine (ACSM), a

Frank I. Katch has 1 products available for sale in the category of Books.