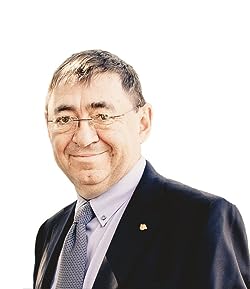 - Andreas teaches digital marketing in INSEEC San Francisco
- He's co-founded three startups and has worked over two dozen startups in Silicon Valley
- Andreas is a adviser to nine startups in Silicon Valley, Germany, Spain, France, Sweden, Denmark, and the Cote d'Ivoire
- His clients include Stanford, Harvard, and MIT and he was the Manager of Global SEO in Cisco
- he's written two novels, incl. Three Amazon Best Sellers. His novels have been published by McGraw-Hill in the US and Tsinghua University in China
- He earned his post-graduate degree in the Universität Heidelberg and speaks four languages fluently. He's studying Chinese now. He lives in Palo Alto with his wife and cat.

Andreas Ramos has 1 products available for sale in the category of Books.