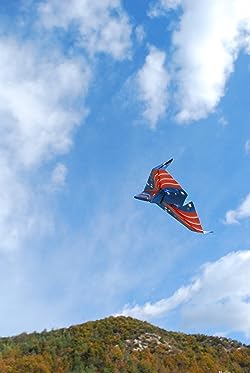 Andrew Dewar (1961- ) was created in Toronto, Ontario, also attended Ryerson Polytechnical Institute (Journalism) and University of Toronto (Japanese Research, Library and Information Science) before moving to Japan in 1988. After doctoral studies in library science at Keio University, he joined the school of a junior faculty. Soon after arriving in Japan he mimicked his childhood idea of flying and designing paper airplanes, after regaining contact with Yasuaki Ninomiya (creator of WhiteWings), with whom he had corresponded as a child.
His very own first book was printed in 1998, in Japanese. To date he's 29 books, roughly half in Japanese and half in English, with much more on the way. He's enlarged beyond paper airplanes to other sorts of paper engineering: papercraft, origami groups, karakuri toys that move in intriguing ways, a planetarium, functioning astronomical instruments, dinosaurs, and more.
He also teaches paper airplane workshops and can seminars at schools, libraries, community centers, and museums, for individuals of all ages: children, families, and seniors. He resides with his family in Gifu, Japan, in which he's currently a professor of library science, even that the principal of a kindergarten, and manager of Kami Papercraft Workshop.

Andrew Dewar has 5 products available for sale in the category of Paid in Kindle Store.