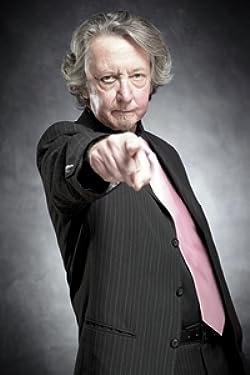 The bartender previously known as Gary Regan, gaz regan, writes The Cocktailian, a column, for The San Francisco Chronicle. He has also written regular columns in The Malt Advocate, Nation's Restaurant News, Cheers Magazine, as well as The Wine Enthusiast, and his work was featured in magazines such as Food Arts, Food & Wine, Wine & Spirits, Imbibe (UK & USA), and assorted others. His work is also published in magazines from the U.K., Australia, Austria, China, Czech Republic, Germany, Mauritius, Mozambique, Namibia, New Zealand, Slovakia, South Africa, Switzerland, and Russia.

Gaz operates frequently with companies like Diageo, Pernod-Ricard, Heaven Hill, and other major spirits manufacturers and marketers, and he travels across the world holding workshops, judging cocktail competitions, and making public appearances. He's a judge in Diageo's World Class competition, he talks at the London Cocktail Week, plus he has judged cocktail contests the USA, Naturally, and in Australia, France, London, Slovakia.

Gaz also heads up the Bar Smarts Companion App for Pernod-Ricard USA -- it is a traveling roadshow of cocktail innovators, movers, and shakers that roams the USA highlighting innovative bartending methods of their best of the finest in the bar business.

Gaz publishes a free email newsletter, gaz regan's Notion, which reaches over 9,000 bartenders and customers, and he asserts that the Worldwide Bartender Database, an online community that is well over 2,000 strong. More than 80% of the database's members are from the USA, and the great majority of the bars in the usa are reflected here. Gaz uses the database to let bartenders know at The Weekly Shooter, and he sends member bartenders The Bartender's Bulletin, in a different weekly email newsletter info.

Gary Regan has 2 products available for sale in the category of Books.