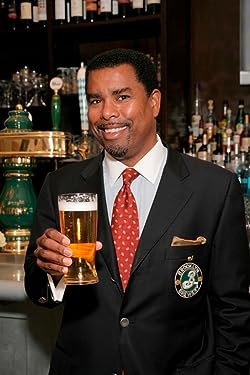 Garrett Oliver is the Brewmaster of The Brooklyn Brewery in New York City and one of the foremost authorities in the world on the subject of beer.

A bunch of more than 700 tasting and matching events in 12 countries within the last two decades, he is possibly best known as the author of the award-winning publication The Brewmaster’s Table. He has been a judge of skilled brewing contests and in different media, writes frequently for food and beer-related periodicals, also has made many appearances on television. His occupation is the creation of this Brooklyn Brewery’s well-regarded assortment of beers.

Garrett has been a founding Board member of Slow Food USA and later became a part of the Board of Counselors of Slow Food International. He was also a 2009 and 2010 finalist for the James Beard Award as “Outstanding Wine or Spirits Professional. ”
His last publication, The Brewmaster’s Table: Discovering the Pleasures of Real Beer with Real Food, first released by HarperCollins in May, 2003, has been the winner of a 2004 International Association of Culinary Professionals (IACP) Book Award and has been a finalist for the 2004 James Beard Foundation Book Awards. The Brewmaster’s Table premiered in a paperback edition in May of 2005.

Garrett is a graduate of Boston University and holds a diploma in Broadcasting and Film. He was the recipient of the 1998 Russell Schehrer Award for Innovation and Excellence in Brewing, '' the 2003 Semper Ardens Award for Beer Culture (Denmark) and Cheers Beverage Media’s “Beverage Innovator of the Year” celebrity for 2006. Forbes named him one of the top ten tastemakers from the nation for beer wine and spirits.

Garrett Oliver’s newest book is The Oxford Companion to Beer, published in September, 2011 from Oxford University Press; he is Editor-in-Chief. Covering over 1,100 subjects, it is the most comprehensive reference book on beer

Garrett Oliver has 2 products available for sale in the category of Books.