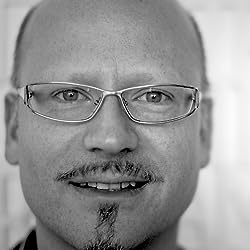 Andy Polaine, PhD., has been involved in interaction design since the early 90s and has been co-founder of their award-winning new media group, Antirom, at London. He had been a creative manufacturer at Razorfish, UK and later Interactive Director at Animal Logic, Sydney. Andy was Senior Lecturer and Head of the School of Media Arts at The University of New South Wales, Sydney prior to moving to Germany. He holds a PhD from the University of Technology, Sydney where he analyzed the connection between play and interactivity.

Andy now divides his time between being a Lecturer and Researcher in Service Design at the Lucerne School of Art and Design in Switzerland and his work as a service/interaction design advisor and author. He has written over 160 articles and newspapers and co authored the Rosenfeld Media book, Service Design: From Insight to Implementation. His may be found on the internet at http://www.polaine.com/playpen and on Twitter as @apolaine.

Andy Polaine has 1 products available for sale in the category of Books.