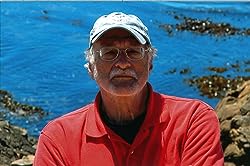 Gary Naiman has written Two Books: Storm Rising, Heartland, The Warriors, The Fight, P.P.M., Omega, The Answer, In The Void, White Tiger, Robosapiens, in the Depths, Vengeance is Mine, and Electron.

Their themes range to alternate history, science fiction, and terror. Among his novels is being considered for a motion movie

Gary was formerly a project director at Paramount Pictures where he worked by a group of innovative artists and scientists creating the industry's first personal computer graphics and virtual reality software. Before that, he led jobs within the weapons and chemical industries. He lives in Southern California where he is finishing his fourteenth novel, a literary venture into time travel and its consequences.

Gary Naiman has 3 products available for sale in the category of Paid in Kindle Store.