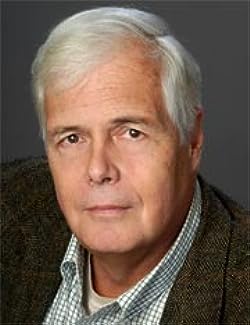 Gene Lyons is a writer, columnist, horseman, dog-lover, baseball player that is reformed, and redneck who resides with more cows than people on a gravel street in an Arkansas county. He’s composed four novels on co-wrote with Joe Conason The Hunting of the President: The Ten-Year Campaign to Destroy Bill and Hillary Clinton, also subjects.
A nationally-syndicated columnist, Lyons spent 18 years as the token non-right wing crackpot on the Arkansas Democrat-Gazette op-ed page, before finding a more congenial home base at the Arkansas Times. His column can be posted weekly in Salon.com. He gets really sick of politicians and politics, and wanders down to the barn. There are prevarication, although rivalries among the ungulates.
Lyons was born on September 20, 1943 from Elizabeth, N.J., descended from rugged Irish-Catholic peasant inventory. His father lived by two maxims: First, “You&;#x2019;re no better than anyone else; and nobody else’s better than you! ” a succinct reflection of the world perspective. Lyons believes it his personal credo. “Nobody likes a smartass,” that he hasn’t shown to be true. His heroes are George Orwell and Jonathan Swift.
Educated at public schools at Elizabeth and Chatham, N.J., Lyons graduated from Rutgers University in 1965. He earned a Ph.D. in English from the University of Virginia in 1969. On his first day in Charlottesville, he fulfilled with an Arkansas trainer’s girl analyzing history there, whom he followed home from school. After teaching writing and literature in the Universities of Arkansas, Texas and Massachusetts, Lyons resigned to compose complete time and determined he was unsuited for academia.
Working from Little Rock, Lyons has written countless essays, articles and reviews for magazine

Gene Lyons has 1 products available for sale in the category of Books.