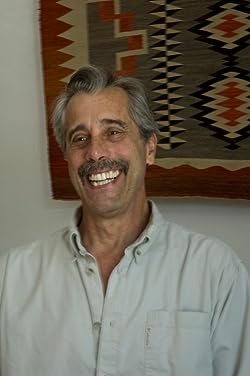 Gerald Hausman is the author of over 70 novels. His reside storytelling has been praised by the Kennedy Center for the Performing Arts, History Channel, and the Bank Street College of Education. His wife and he have received awards within the field of children's literature.

"As a writer I have often been called a scribe. That is because in the collecting of oral stories, I have attempted to find the story directly. To capture the flavor, the region and the moral as the first storyteller gave me it. The NYT Book Review called my set of American Indian tales, Tunkashila 'a tribute tribute to the first fantastic storytellers of all America.'"

In addition to his 22 years of story telling and gathering in New Mexico, '' Gerald also spent 13 summers in the island of Jamaica in which he ran a casual writing school along with his wife, Lorry. Together they collected Anansi stories, stories from and around the Kebra Nagast, along with traditional Indian ghost tales.

"I recall when Background Channel filmed tales from my novel "Duppy Talk". My very best friend Roy wasn't an actor, but because of his face he was cast. As soon as I saw him in film, I asked Roy the way he was able to perform the landscape and maintain that look of astonishment when he noticed the made-up mermaid grinning on the lake bank. He told me, 'This look on my face comes. I was quite scared.'"

Gerald teaches writing workshops in a variety of areas of the USA and is most recently the author of "The American Storybag" -- 40 years of story gathering on and off the street. He lives on a barrier island in Florida.

Gerald Hausman has 2 products available for sale in the category of Paid in Kindle Store.