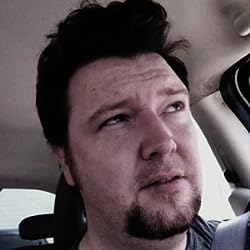 One October a few decades ago, I stumbled upon a pad at a box of things I owned. It was a hand written manuscript, unfinished, by many of decades earlier. I had tried failed spectacularly and National Novel Writing Month. However, as I sat there, studying the narrative, something happened to me: it wasn't all that bad.
Now, this is not me telling you that I was a born writer, but I certainly had something there. It turned out to be a decent idea that had relatable characters - characters that are realistic, I believed. But it certainly needed function. I considered to prep it and myself for November.
Far be it from me to take such a simple question, I decided to do something entirely fresh, and also unplotted for NaNoWriMo... therefore that I did.
Empty Hallways came out that following year, my very first powerful NaNoWriMo. And I have continued the tradition since, successfully completing a variety of manuscripts through NaNoWriMo and launching them as quickly as I, my editor, and also my cover artist can get our ducks in a row.
So far, I have engaged in 3 anthologies; published two novels: Empty Hallways - a horror novel about a guy whose despair requires forth a unsettled soul from years past and House of Thirteen - the very first installment in a series about immortals who are gradually discovering they aren't the only anomaly concealing from the mortal world;and most lately, I have established a 12-part sequential: In Calendar's End, which explores the beings that keep time going ahead, and the horror that awaits them when an equally ancient being determines to hunt them down one by one.
About the docket, I have plans for another House of Thirteen setup, my own anthology of short reports, a psychological thriller, and a horror book based on that outdated, earlier-mentioned manuscript: Threshold.
Sooner or later, I would also want to write a children's book.

Andy Lockwood has 7 products available for sale in the category of Paid in Kindle Store.