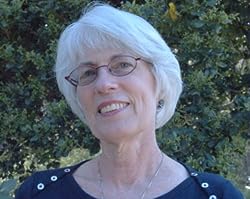 Big-screen writer Ginger Hanson writes historical and contemporary romance novels, in addition to short stories and nonfiction. Her contemporary romance series is set at the fictional city of Tassanoxie, AL, a small town full of second chances. Fall in love with the town and its own characters in Feather's Last Dance, Ellie's Song and A Christmas Diamond for Merry, released by The Wild Rose Press. Saderra Publishing is currently publishing the Tassanoxie series with the recent publication of 2 short tales, The Courtship of both Serena Smith and Love to the Rescue as well as the novella, Susannah's Promise.

Enjoy historic romance? Stealing Fantasy, a Civil War era novel originally published by Kensington Publishing was recently released on Kindle. Another, attached publication titled Ransom's Bride will also be published in 2015. Lady Runaway, Ginger's venture to the Regency era initially released by Twilight Times Books can be obtained now. If you wish to learn what it's like to write a historical romance like a first publication, read Ginger's entertaining informative article, "Quest for Vengeance" from the Twilight Times Books anthology How I Wrote My First Book.

Ginger also writes nonfiction to add her popular writing abilities e-book, She Sat, He Stood, What Does Your Personality Do While They talk? and A Dash of Ginger, Sassy Southern Essays, a collection of humorous essays. Within her nonfiction past, she functioned as a "cleanup" writer and copyeditor of FAA handbooks and wrote the Aviation Instructor's Handbook. She has also written a ton of newsletters and served a stint as a humor columnist for a small town paper. When not writing, Ginger volunteers with the Friends of the Library and techniques Tai Chi to keep sanity.

To learn more about the goings on in Tassanoxie, AL, see with the city gossip, Miss Mabel at missmabeltalkstassanoxie.blogspot.com. To read about an indie pu's journey

Ginger Hanson has 1 products available for sale in the category of Paid in Kindle Store.