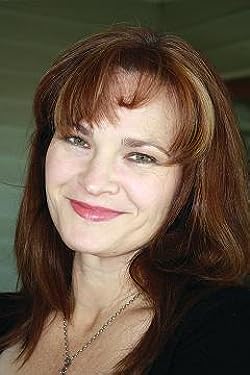 Angela Slatter is the writer of the urban fantasy books Vigil (2016) and Corpselight (2017), as well as eight short story collections, including The Girl with No Hands and Other Tales, Sourdough and Other Stories, The Bitterwood Bible and Other Recountings, and A Feast of Sorrows: Stories. She's won a British Fantasy Award, a World Fantasy Award, also a Ditmar, along with six Aurealis awards.

Angela’s short stories have emerged in Australian, UK and US Best Of anthologies including The Mammoth Book of New Horror, The Year’s Best Dark Fantasy and Horror, The Very Best Horror of Year, The New Year’s Best Australian Fantasy and Horror , and The Year’s Greatest YA Speculative Fiction. Her work has been translated into Bulgarian, Russian, Spanish, Japanese, Polish, and Romanian. Victoria Madden of Sweet Potato Movies (The Kettering Incident) has optioned the film rights to one of her short stories.

She has an MA and a PhD in Creative Writing, is a graduate of Clarion South 2009 and the Tin House Summer Writers Workshop 2006, and in 2013 she had been granted one of the inaugural Queensland Writers Fellowships. Angela has been the Created Writer-in-Residence at Perth at the Katharine Susannah Prichard Writers Centre.

Her novellas, Of Sorrow and These (from Tor.com), and Ripper (in the Stephen Jones anthology Horrorology, by Jo Fletcher Books) were released in October 2015.

The third novel in the Verity Fassbinder series, Restoration, will likely be released from 2018 from Jo Fletcher Books (Hachette International). She is represented by Ian Drury of this bureau Sheil Land by Lucy Fawcett of Sheil Land for film rights, also by Alex Adsett of all Alex Adsett Publishing Services for storybooks.

Angela Slatter has 1 products available for sale in the category of Paid in Kindle Store.