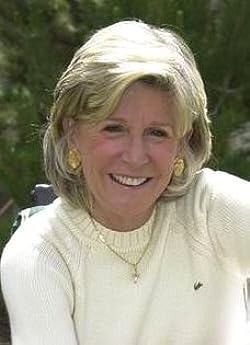 Anne Ford served as Chairman of the Board of the National Center for Learning Disabilities (NCLD) from 1989 to 2001. Mrs. Ford has received several honors for her work, such as the Lizette H. Sarnoff Award for Volunteer Service in the Albert Einstein College of Medicine and an Honorary Degree, Doctor of Humane Letters from Leslie University for her advocacy work for Individuals with learning disabilities, and has talked about this issue at numerous companies like JP Morgan Chase, Goldman Sachs, along with Ford Motor Company.

She has co-authored three books with John-Richard Thompson. All three were first released by Newmarket Press.

The first book was "Laughing Allegra: The Inspiring Story of a Mother's Struggle and Triumph Raising a Daughter with Learning Disabilities". Tom Brokaw called this book "a present for most parents" and Barbara Walters stated, "It is an inspirational story that any parent can relate to."

"On Their Own: Developing an Independent Future for Your Child Child with Learning Disabilities and ADHD" was composed for parents of adult children with LD. With a foreword by Sally Shaywitz, M.D., this book covers such issues including Employment, Social Issues, Estate Planning, and, for the parent, Learning How to Let Go.

Her latest publication is "A Distinctive Mother: Throughout the Early Days of a Child's Analysis of Learning Disabilities and Related Disorders", with a Foreword by Judy Woodruff. This publication was written in comprehension of the role of the mom in a handicapped child's life span, and also also to assist all mothers manage the psychological upheaval and confusion which has an identification of LD or a related disorder.

All 3 novels, "Laughing Allegra", "In Their Own" and "A Special Mother" were finalists to get a "Books for A Better Life" celebrity.

Anne and John are currently working on a

Anne Ford has 1 products available for sale in the category of Books.