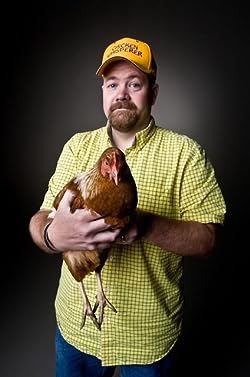 Andy Schneider, much better known as The Chicken Whisperer® has become the guy across the nation for anything chickens. Over the years he's helped a amount of people start their very own backyard flocks. He is not only the author of, The Chicken Whisperer's Guide to Keeping Chickens, but also Editor In Chief of, Chicken Whisperer Magazine, National Spokesperson for its USDA-APHIS Biosecurity for Birds Program, and Host of the very famous, Backyard Poultry together with the Chicken Whisperer net radio show and podcast. He's been featured on CNN, HLN, FOX, ABC, CBS, NBC, NPR, in Addition to in The Wall Street Journal, TIME Magazine, The Economist, USA Today, Atlanta Journal-Constitution, New Life Journal, and several other national and local publications.

Andy travels the state with his loved ones spreading the chicken adore in state to state. Events are held at feed and seed stores and comprise a Getting Started with book signing Backyard Chickens workshop, Q&A, photos and autographs, and a lot of free materials.

Andy likes to remind his fans that when studying poultry sites and chicken forums your four favorite words should really be, Show Me The Proof!

POWER TO THE POULTRY!

Andy Schneider has 1 products available for sale in the category of Books.