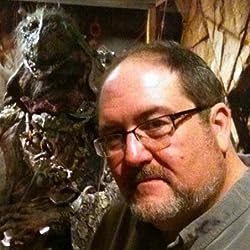 Anthony Taylor is an author and screenwriter. He is the author of Zombies: Arctic Adventure, as well as The Ultimate Visual History! , a formal Thunderbirds™ book based on the iconic British television show by Gerry and Sylvia Anderson. He's written episodes of this animated Paddle Pop Adventures collection from Monk Studios, and has several feature screenplays in development. In addition, Anthony composed Voyage to the Bottom of the Ocean: The Entire Series – Volume two, that includes reprints of the Timeless Gold Key comic book stories and also The Future was FAB: The Art of Mike Trim, chronicling artist Mike Trim’s livelihood designing versions and special effects for Thunderbirds, Captain Scarlet, UFO, and illustrating the cover to Jeff Wayne’s Greek War of the Worlds album.

He had been a monthly columnist for Toy Shop Magazine for 12 years covering kitchen kits and genre collectibles. Anthony was a frequent contributor and editor for the British journal Sci-Fi & Fantasy Models International, and contributed a chapter on the Flying Sub miniatures from Voyage to the Bottom of the Sea for its publication From Sketch to Screen. His articles have appeared in SFX, Video WatcHDog, Fangoria, Screem, Famous Monsters of Filmland, FilmFax, Amazing Figure Modeler, Outcomes Special, Modeler’s Resource, and Several other magazines. Anthony also designed and co-edited CultTVMan’s Ultimate Modeling Guide to the Jupiter II in Addition to CultTVMan’s Ultimate Modeling Guide to Classic Sci-Fi Movies.
His website is on line at Taylorcosm.com.

Anthony Taylor has 2 products available for sale in the category of Books.

Anthony Taylor is rated 8 out of 10 based on 9 reviews.