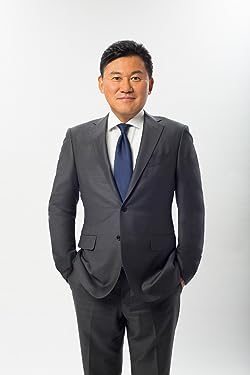 Hiroshi Mikitani Is Currently Chairman and CEO of Rakuten, Inc., Born in Kobe, Japan, Mikitani earned his undergraduate degree in Trade from Hitotsubashi University in 1988.

Following graduation, he joined the Industrial Bank of Japan (IBJ), Limited, now Mizuho Corporate Bank, also eventually become an investment banker. While working at IBJ, Mikitani attended Harvard Business School and got his MBA in 1993, that he was also presented with all the HBS Alumni Achievement Award in 2012, one of the school’s greatest honors. In 1995, Mikitani left IBJ and founded Crimson Group the following year, a consulting company, and became its President and CEO. In February of 1997, he set MDM, Inc. (currently Rakuten, Inc.) and became its President and CEO. With just a couple of employees, Mikitani successfully launched the “Rakuten Ichiba” in May of the same year. In June 1999, MDM, Inc. changed its title to Rakuten, Inc.. Rakuten, Inc. completed its IPO and was listed in the JASDAQ market in April 2000. Founded by Forbes as 7th one of the World’s Most Innovative Companies of 2012, Rakuten is growing globally and currently has operations throughout Asia, Western Europe, and the Americas.

Hiroshi Mikitani has 1 products available for sale in the category of Books.

Hiroshi Mikitani is rated 8 out of 10 based on 14 reviews.