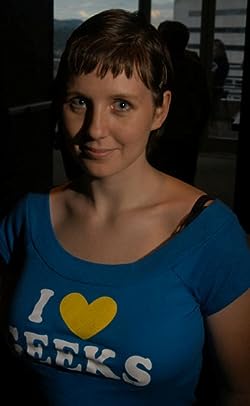 Science Fiction and Fantasy for nerds and gamers!

USA Today bestselling and Alfie Award winning author Annie Bellet holds a BA in English and a BA in Medieval Studies and so can speak a smattering of useful languages like Anglo-Saxon and Medieval Welsh. Her other interests include horse-back riding, reading, rock climbing, video games , comic books RPGs and other nerdy interests. She resides with her husband and a demanding Bengal cat in the Pacific Northwest.

Find out more about her and her novels by going to her site at http://www.anniebellet.com

Annie Bellet has 9 products available for sale in the category of Paid in Kindle Store.