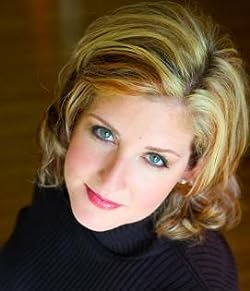 Holly Lefevre enjoys all things wedding (including the mad brides and even crazier grooms!)) . After graduating from the Fashion Institute of Design and Merchandising in Los Angeles, she worked as a women's apparel and accessory programmer, with the ultimate aim to make a wedding dress designer herself. Following seven walks down the aisle for a bridesmaid, that changed. The marriage bug had bitten, and that she began to place the pieces of her fresh career into position. There was no stopping her after she proposed her own wedding and co-authored her very first wedding planning book, How to "I Would:" Planning the Ultimate wedding in Six Weekends or (HarperCollins/ReganBooks, 2000).

Ever since that time, Holly is now a sought after wedding expert. It's not just Holly's design flair and preparation expertise that have earned her acclaim from her clients as well as the print and television media. Brides love her easy-going fashion, ability to interpret ideas, and willingness to go the excess mile to make every wedding stylish, trendy and totally trendy. A regular speaker at wedding preparation seminars, Holly dispels long-time planning myths and teaches women (and men, too!) In regards to the good, the bad, and the ugly of wedding planning.

Holly's awareness of the wedding market has led her into the position of premiere wedding planner for Lifetime Television's "The I Do Diaries: My very best Friend's Wedding." She was featured on NBC's The Other Half as the wedding coordinator for their wedding. She has also appeared on The Rob Nelson Show, Lifetime Currently, and FOOD TV. Numerous print and web books such as wedding Bells, Bridal Guide, For Your Bride by Demetrios, The Los Angeles Times, New York Bride, Newsday, Southern California Bride, Oxygen.com, WeddingGoddess.com, Brideworld.com, and Bridalocity.com have showcased Holly's weddings and advice.

Holly served as the editor of the Southern California people

Holly Lefevre has 2 products available for sale in the category of Books.