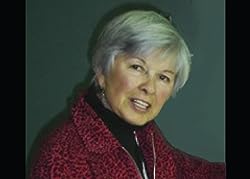 Hope Moffett is writer emeriti of Vineyard & Winery Management, a trade publication for the North American cherry and wine industry since 1975. In this function, together with her husband and business partner, Bill, she coordinated national wine competitions, conventions and trade shows. A accomplished wine estimate, she was invited to participate in wine judgings all over the country.

She also Bill coordinated and led wine tours to United States and European wine areas, such as the Pacific Northwest, California, Germany, France and Italy.

An enthusiastic sailor, she and Bill owned many sailboats, continued to increase in size through time, and then finally downsizing again for their final boat, a half foot Catalina, named Caliloo. Most trips were cruises on their cherished Seneca Lake, but additional cruises included many circumnavigations of Lake Ontario, a two week experience out of Mystic, Connecticut, to Watkins Glen, along with a cruise in Cape Coral, Florida into the Dry Tortugas. She also Bill lived and worked aboard their sailboat, Halcyon, in Richmond California in the early nineties, and lived aboard their 410 Hunter, Viva, in Quai West Marina, Toronto, Canada, also the summers of 1999 and 2000.

Writing has always been her passion. She is a part of the Canandaigua Writers Group, along with the Rochester based Lilac City Writers Group.

She's enjoying a rediscovery of an old hobby, '' Bridge.

Mother of 3 and three measures, mother-in-law to four, grandmother to ten, Hope resides, together with her husband Bill, from the lovely Finger Lakes village of Canandaigua, NY. At a mature condo chemical surrounded by 50 acres of lawns, woods and walking paths.

They'd retired only months prior to a tragic accident ceased their lifetime in its paths, and pointed them in an entirely different, and horrendously tough direction.

Hope started a journal from the first days after the accident she could tell Bill, who was in a profound coma,

Hope Moffett has 2 products available for sale in the category of Books.