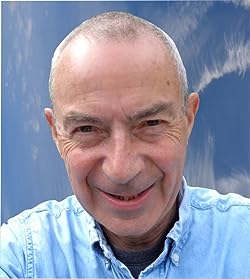 Iain graduated in the School of Industrial Design (Engineering) in RCA in London in 1965 and joined Baker Perkins Ltd.. He was Industrial Design Engineer, working until 1975 in the Technical Department about the design of biscuit and bakery processing machines, gaining a comprehensive technical knowledge of procedures and the machinery.

At 1975, Iain was appointed Market Development Manager in Baker Perkins, included in creating the Baker Perkins forward planning for new business, product acquisitions and development. Back in 1979 Iain became International Sales Manager with responsibility for the Organization’s biscuit company in Asia and Africa.

Iain established PT Baker Pacific Mandiri in Indonesia in 2000. Baker Pacific Ltd has been launched in Hong Kong in 2004 and is our primary operating business, providing machinery and process technology to the candy, chocolate and biscuit industries as the company outside Indonesia grew. Biscuit ovens have been manufactured by Baker Pacific in Indonesia, India and China. A team of food technologists and engineers today provide a wide assortment of capacities to Baker Pacific.

Iain Davidson has 2 products available for sale in the category of Paid in Kindle Store.