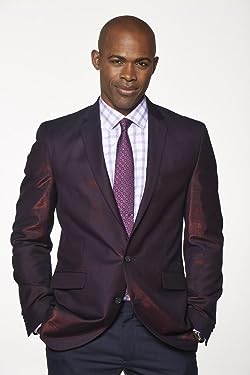 He's a former pupil of Emmy-winning "The Physicians" TV show, along with a medical contributor to "The Rachael Ray Show."

He is the former medical correspondent for NBC News network and also for NewsChannel 4 where he filed reports for NBC's "Nightly News" and the "Today" show in addition to WNBC's many news broadcasts. He's appeared extensively on different broadcasts including "The Oprah Show," "Good Morning America" "CBS This Morning" "The View," "The Talk," "Dr. Oz," "Dr. Phil," "Anderson Cooper 360″ and "Showbiz Tonight."

Dr. Smith is the founder of two major national health initiatives--the 50 Million Pound Challenge along with the Makeover Mile--that have helped millions of individuals lose weight and improve their wellbeing.

A graduate of Harvard, Columbia, and the University of Chicago Pritzker School of Medicine, Dr. Smith was appointed to the President's Council on Fitness, Sports, and Nutrition at 2010 and is serving a second term.

Ian K. Smith has 1 products available for sale in the category of Books.