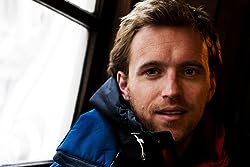 Dr Huw Lewis-Jones is a historian of mining and art director with a PhD from the University of Cambridge. Formerly a Curator in the National Maritime Museum and the Scott Polar Research Institute, Huw writes and lectures about the visual arts and exploration.

A bestselling author of history and photography publications, Huw's titles include 'Arctic', 'Ocean Portraits', 'In Search of the South Pole', 'The Lifeboat', 'Mountain Heroes' - a finalist at the Banff Prize, which won Adventure Book of the Year at the World ITB Awards at Germany - and 'The Conquest of Everest', also a finalist at this year's Banff Festival. So far, his books have been published in 12 languages.

Huw proceeds to function as an worldwide freelance curator, in addition to being a historical and heritage consultant for broadcasting and media jobs, most recently for the Royal National Lifeboat Institution charity. His future novels include 'The Crossing of Antarctica', ongoing collaboration with Icelandic photographer Ragnar Axelsson that is celebrated, also sketchbooks that are republishing and narratives of mountain exploration.

Huw also travels into the Arctic and Antarctica each year, working as a historian and polar manual. He's married to the author and photographer Kari Herbert and that they live in Cornwall.

Huw Lewis Jones has 1 products available for sale in the category of Books.