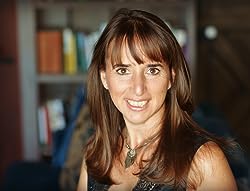 Isla Morley grew up in South Africa during apartheid, the Son of a British Dad and African Mum.

During the State of Emergency of the country, she graduated with a degree in English Literature in Nelson Mandela Metropolitan University in Port Elizabeth. In South Africa she was among the magazine editors by 1994, but left nation, career and kin when she married an American and moved to California. For at least a decade she pursued a career in charitable job, focusing on the needs of girls and kids.
She's lived in a number of the most culturally diverse areas of the world, including Johannesburg, London and Honolulu. Now with daughter, her husband, a cat, 2 dogs and four tortoises, she shares a home in the Los Angeles area.
"Come Sunday," her debut novel, was awarded the Janet Heidinger Prize for Fiction in 2009, was a finalist for the Commonwealth Prize, in Addition to the AudieBook celebrity. It was longlisted for The Sunday Times award. Her most recent book, "Above," published in 2014, has been selected as an IndieNext selection, a finest Buzz Book, and Publishers Weekly Best New Book.

Isla Morley has 1 products available for sale in the category of Paid in Kindle Store.