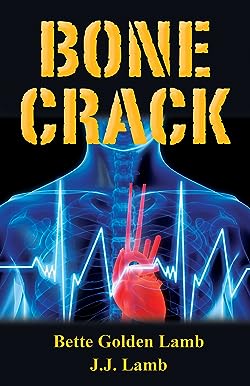 NO PAT HANDS, the fourth book in the Zach Rolfe PI Collection, Has Been a nominee for a 2014 Shamus Award from Private Eye Writers of America (PWA).

This is a significant jump from having supposed to be an aeronautical engineer/pilot. When putting myself through school as a news photographer somewhere in between I had been seduced by journalism. An AP career followed, but was interrupted by the U.S. Army, where I had been given a Top Secret clearance, place in a locked area with a secure, dining table, seat, along with typewriter ... and enough spare time to write short stories.
This all contributed into the paperback PI series comprising Zachariah Tobias Rolfe III (Zach to buddies, Toby to special friends( typically female), who specializes in gaming crimes ... on either side of those tables.
Next up arrived collaboration with spouse Bette Golden Lamb to produce -- so far -- six gritty medical thrillers starring feisty, ex-Bronxite RN Gina Mazzio -- BONE DRY, SIN & BONE, BONE PIT, BONE OF CONTENTION, BONE DUST, and BONE CRACK. Bette and I have also co-authored THE KILLING VOTE, a political/medical thriller; HEIR TODAY..., a suspense-adventure with romantic overtones, also a non-series health thriller, SISTERS IN SILENCE.
NO PAT HANDS takes Rolfe to Northern California and mysterious and deadly doings involved in an attempt to build a new Indian casino/resort.

J. J. Lamb has 1 products available for sale in the category of Books.