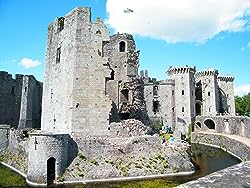 Born to a Canadian soldier and British war bride, J.P. grew up in Victoria, British Columbia.

But has lived at the U.K. for almost a quarter of a century.
Interests include anthropology, archaeology, folklore, fantasy, the Wars of the Roses age (Richard III specifically), Robin Hood, medieval lifestyle in general, Stonehenge and the megalithic culture.
Works comprise two books set in the right time of Stonehenge, Stone Lord and Moon Lord, and two popular functions on Richard III (I, Richard Plantagenet parts 1 and 2) written from his first person perspective. Other works include a dystopian novel My Name isn't Midnight, which occurs in a post-Apocalyptic Canada, and a fantasy Sacred King which is about Richard III's 'yield' at a Leicester carpark. Ranges and many stories are available, the subjects which range from terror and fantasy to fiction that is pure.
Upcoming projects are a Complete Edition of that I, Richard Plantagenet (revised, with fresh details), a novel on Eleanor Provence, Queen of Henry III, and a mysterious version of the Robin Hood legend.

J.P. Reedman has 1 products available for sale in the category of Paid in Kindle Store.