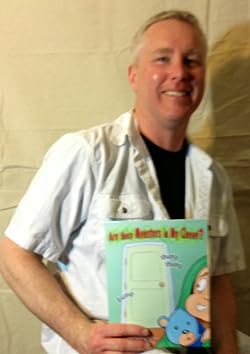 He is a Brentwood High School graduate, who graduated from Suffolk Community College with a liberal arts degree. Jack has played as a lead singer and guitarist either acousticguitar, or with a band in the New York area pubs, clubs, & coffee houses in the Hamptons to Manhattan. Jack can be a guitar teacher who has supported his student’s creative pursuits for the previous twelve years and continues to give guitar lessons.
Channeling his imaginative pursuits from composing songs and poems, Jack followed the muse towards writing novels and self-published his very first novel Death of a Pop-Star at August 2008. Jack had composed some Children’s stories. Then inspired by something in his job with the county by some thing called a “MOO number” mixed with Jack’s love of humor, in December 2009 with his friend Kevin Stockton, '' the first Joke and Coloring book Silly Cow! was published. This was followed by Silly Halloween! Printed in 2010, and Silly Kitty! in 2011.
In April 2011 Jack released another publication, this moment a thriller eligible
Under a Thunder Moon, that occurs on Long Island. Subsequently in 2012 Jack released I’ve obtained a Song! A Children’s exemplified music book. In May 2013 Jack printed another Children’s book Are there any Monsters in Your Cabinet? Illustrated by Charles Berton.
Currently Jack Batcher isn't constantly in the midst of producing new books and songs. To find out more about Jack Batcher and upcoming events visit his website at www.JackBatcher.com

Jack Batcher has 2 products available for sale in the category of Books.