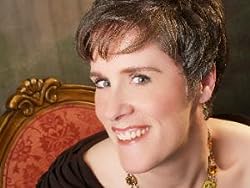 Jackie Hunt Christensen was born and raised in the rural southwestern Minnesota city of Jackson. She earned degrees in political science and Russian studies by Gustavus Adolphus College in St. Peter, MN.

Inspired after hearing Doctor Helen Caldicott talk during her freshman year at school, Jackie has been a medical health activist for at least 20 decades. As her diagnosis with Parkinson's disease (PD) in July 1998, in the age of 34, she's concentrated her activist attempts more significantly, focusing on Parkinson's disease and its environment.

She's been involved with public education and coordinating environmental and health problems during her job with Greenpeace, the Institute for Agriculture and Trade Policy, Health Care Without Harm: The Campaign for Environmentally Responsible Healthcare, along with the Collaborative on Health and the Environment.

She resides in Minneapolis with Paul, her husband of nearly twenty years, and her sons, Alex and Bennett. Along with composing (when the Muse visits), Jackie loves reading, painting with watercolors, cooking and watching football.

Jackie Hunt Christensen has 1 products available for sale in the category of Books.

Jackie Hunt Christensen is rated 8 out of 10 based on 8 reviews.