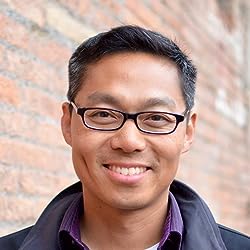 James Choung serves as Vice President of Strategy & Innovation — overseeing evangelism, discipleship, planting, growth, missions, multiethnic projects, ministry in digital spaces & campus participation — in InterVarsity Christian Fellowship USA, also he also’s creatively trying to figure things out. He is also ordained using the Vineyard USA, and has written A Christianity Worth Believing In both Actual Story and its own follow up A Christianity Worth Living . He has taught classes, and speaks regularly at churches, campuses, seminaries, and conferences. He's grateful to have his work featured in Leadership Journal, Christianity Today, along with Outreach Magazine.

James composed his D. Min. Dissertation on postmodern leadership development in Fuller Theological Seminary, obtained his M. Div. Out of Gordon-Conwell Theological Seminary, also studied management science and marketing in the MIT. He has served on the pastoral staff of a Boston-area urban church, of a megachurch in Seoul, and headed an house church. As for other pursuits, he sat for also an small business startup and education on boards, also has led worship at various conferences including the Urbana Student Missions Conference. For fun, he enjoys to travel along with his wife, tease his 2 sons, spoil his daughter, bask in Los Angeles’ unlimited summer, and then swing a racket at hopes of playing something.

James Choung has 2 products available for sale in the category of Books.