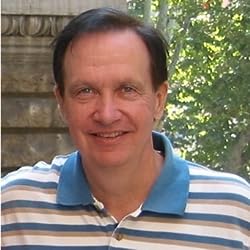 He has been happily married for years and includes a son, daughter-in-law, and two grandchildren at Manhattan. He is the author of 2 novels "Paw Tracks Here and Post: A Dog's Tale" published in late 2014 and "Churchill and Roosevelt: The Big Sleepover in the White House" printed in overdue 2015.

"Paw Tracks Here and Abroad" was initially composed for Jim's grandchildren but friends invited him to discuss it. Age appropriate from eight for adults, it's the real story of a stray dog who wanders into the Wilson's own lives and brings them pleasure for another twenty five decades.

Snickers, the heroine of the story, tells of her adventures and observations in first human voice. Every one of the eighteen chapters begins with a delightful illustration. Along the way in which the reader increases useful information regarding animal training, playtime, travel with dogs, grooming, nutrition, animal behavior, and aging gracefully. Snicker's vet for almost twelve years contributed to the content and wept when she passed away.

Jim's wisdom and insights were gained over the sixty-five decades where he owned six puppies. Those dogs and many others he understood his friends allowed him to compose this story with sensitivity, humor, and admiration for its unique role dogs play in the lives of humans. Jim and his family are very proud supporters of the American Society for the Prevention of Cruelty to Animals©. The ASPCA included a meeting with the author in their magazine and has blogged about the publication. Additionally, the Peoria Journal Star did a feature article on Snickers.

"Churchill and Roosevelt: The Big Sleepover" is all about the three weeks these two good guys spend in the White House out of Christmas 1941 to ancient New Year 1942 making a bond of friendship and plotting grand strategy to overcome their common enemies. It's mo

James Mikel Wilson has 1 products available for sale in the category of Books.