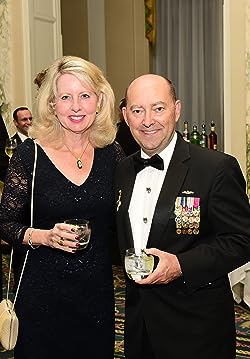 Jim Stavridis, A South Florida native also spent over thirty five years in the Navy, rising to the rank of Admiral, and attended the US Naval Academy at Annapolis. Among his many orders were four years since the Supreme Allied Commander in NATO, in which he oversaw operations in the Balkans, Libya, Syria, Afghanistan, along with piracy. He commanded US Southern Command in Miami, billed with army operations throughout Latin America for nearly three years. He was the longest serving Combatant Commander in US history.

In the course of his career in the Navy, he served as senior military assistant to the Secretary of the Navy and the Secretary of Defense. He headed the Navy’s premier usable think tank deep Blue, for innovation, promptly.

He won the Battenberg Cup as a Commodore for the Very Best ship in the Atlantic Fleet, the Destroyer USS BARRY, and the Navy League John Paul Jones Award for Inspirational direction. He holds more than 50 US and worldwide medals and decorations, including 28 from overseas nations. He also controlled also a Carrier Strike Group, both and a Destroyer Squadron .

He earned a PhD from The Fletcher School winning the Gullion trophy as student in his class in 1983, as well as academic honors from the National and Naval War Colleges as a distinguished student. He speaks Spanish and French.

Jim has published six books on boat handling, Latin America, leadership, and innovation, as well as over a hundred articles in leading journals.

An active user of networking, he has over thousand followers on Twitter and friends on Facebook. His TED discussion on 21st century security at 2012 has had over 700,000 views. He said that the end of combat operations at the NATO intervent

James Stavridis has 2 products available for sale in the category of Books.

James Stavridis is rated 10 out of 10 based on 6 reviews.