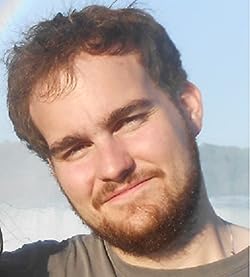 My name is James Eaglewood and I Am the Writer of the Magi Avia series.

I'm an Australian writer, having completed a Bachelor of Arts in Japanese and Sciences at Swinburne University of Technology in Melbourne, Australia. I finished a Bachelor of Social Studies in Philosophy and Psychology.

I've been composing for a range of years, because I was near the end of high school. I was a tiny late bloomer in this regard, only actually locating the obsession of composing.

When I found Year 12 rather dull I chose to write a different Year 12 and insert myself into the narrative. It was that I discovered the beauty which was writing and was.

A number of my personalities take on characteristics of either myself or people I know. For instance the two male protagonists from the initial Tales of Aurelia publication, Magi Avia: The Void and the Gemstone, Horus and Janus, equally have components that I recognise inside myself. It's a writer's tool, though I've found that it is possible to become attached to figures. Once you need to kill off a character it's that much harder because they are liked by you. And the entire world of these Tales of Aurelia series is pleasant that people aren't going to die at some point.

Despite this, I often find ways to take people I know and pay them homage with characters in my stories. Emerald Avia in my very first book is a character that I changed to match the characteristics of a friend of mine. While honouring her origins while I say that, once I started composing her character she turned into her own personality. Folks ask to be put in my stories and I do my very very best to suit them. But naturally, I do not tell them what happens to them. This might ruin the story after all.

Regardless, I enjoy writing in all of its forms. It is all I'd do if I won the lottery; there are diff

James Eaglewood has 1 products available for sale in the category of Paid in Kindle Store.

James Eaglewood is rated 8 out of 10 based on 5 reviews.