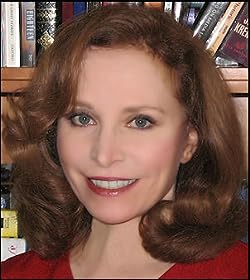 Janet Tavakoli is the president of Tavakoli Structured Finance, a derivatives risk consulting company to financial institutions. She's worked as a chemical engineer, brought her MBA from the University of Chicago, taught derivatives as an adjunct associate professor of finance at the University of Chicago's Booth Business School (Graduate School of Business), and functioned for Wall Street companies in New York and London. She was born and raised in Chicago, Illinois, lived in Iran during the Islamic revolution, lived in New York for several centuries, lived in London for many years, and has traveled extensively for business and pleasure in Europe and Japan.

The New Robber Barons (Lyons McNamara, 2013), is a compilation of her own web-based commentaries because the September 2008 fiscal crisis.

Archangels: Rise of the Jesuits (Lyons McNamara, 2013) is the fiction debut thriller.

Unveiled Threat: A Personal Experience of Fundamentalist Islam and the Roots of Terrorism (Lyons McNamara, 2014) is a non-fiction thriller and commentary.

Janet M. Tavakoli has 1 products available for sale in the category of Books.