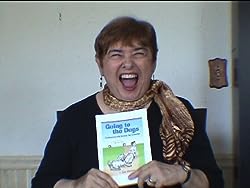 After graduating from Towson University, Maryland, she taught second grade, married, and raised five kids. She changed gears and became a supervisor of a Social Security division office, but pressure caused her to find additional employment and that's when her wild ride started as a portable pet groomer.

Her company, Canine Clippers, became one of Maryland's biggest businesses of the type and upon growth she began writing about these 21 decades.

She's been noticed in Baltimore Magazine, won an award in 2007 from the Florida Writers Association for "Going to the Dogs; instead of a Mobile Pet Groomer" and at 2011 her funny memoir won the golden out of Florida Publishers Association. She has written profiles and stories for a variety of publications, won first place in the scrapbooking and non from the Gulf Coast Writers Assoc. and competitions within Florida Weekly. She, spouse Niel, along with Sasha, their rescue dog, live in Ft. Myers, FL.

Jan Nieman has 2 products available for sale in the category of Books.