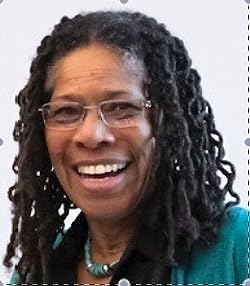 Jean Moule raised in New York City and Los Angeles and was Created in South Carolina.

She earned her B.A. in the University of California at Berkeley, where she studied psychology, art and instruction, and has been detained in the Free Speech Movement.

She along with her husband, a forester, raised three children while she earned a M.S. from the University of Oregon and a Ph.D. from Oregon State University. Both a Duck and also a Beaver, she's now an emerita faculty member at OSU and throughout the Honors College. While at OSU she pioneered a new program in Teacher Education. This immersion experience set OSU student instructors in Salem and Portland in linguistically and culturally diverse schools. She is past president of the Oregon Chapter of NAME (National Association for Multicultural Education).

Throughout her experiences as a student and a teacher, Jean Moule has begun to understand how students are harmed from the racism formerly institutionalized in our country's legislation and still embedded in many hearts. She authored the movie, "Cultural Competence, A Primer for Educators," filled with many stories of schooling, a number of her own family. She hopes that her work will assist the Nation's and Oregon's kids, including her six grandchildren, to own competent teachers.

As her grandchildren’s Nana Jean she has complied her columns for "Skipping Stones," a stereotypical magazine, right into a publication known as "Ask Nana Jean About creating a Difference." The book includes reproductions of her watercolors.

To get "pleasure" she ski patrols, geocaches, increased Mt. Kilimanjaro and is now learning to fly a plane.

Jean Moule has 1 products available for sale in the category of Books.