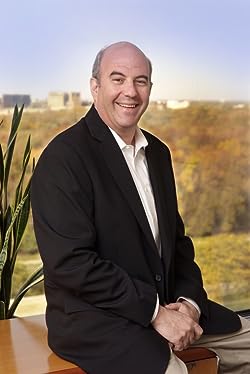 Jeff Hoffman is motivational speaker and a successful entrepreneur. In his profession he has become the creator of multiple startups, he's been the CEO of the public and private businesses, and he's served as a senior executive in several capacities. Jeff has been a part of numerous well-known firms, such as Priceline.com. UBid.com, CTI, ColorJar, and more.

Now Jeff works on the boards of companies in the United States, Europe, South America, Africa, and Asia. He supports entrepreneurs and small businesses on a global basis, serving around the international advisory boards of Global Week (encouraging entrepreneurship in over 130 nations), the US State Department’s GIST program (Global Structure through Science and Technology, operating in 49 emerging countries), the APEC Startup Initiative (the Asia Pacific Economic Council’s 21-member country association), and many others. He supports the White House, the State Department, USAID, and similar associations globally on economic development initiatives and equity programs.

Jeff is a frequent keynote speaker, was encouraged to talk in over 50 nations. He speaks on the topics of entrepreneurship, innovation, and business leadership, and is currently writing a book on the best way to scale a business, which is published globally in the summer of 2014. Jeff also teaches creation workshops.

Jeff received a Lifetime Achievement Award by the national CEO council for his or her contributions to the field of entrepreneurship, in Addition to receiving the 2012 Champion of Entrepreneurship Award against JP Morgan Chase, Citibank, and Growing Tide Capital.

Out this world of tech, J

Jeff Hoffman has 1 products available for sale in the category of Books.

How To Scale A Business