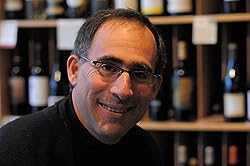 Jeff Wallach is the author of five books:

Past The Fairway: Zen Lessons, Insights, And Inner Attitudes Of Golf was released by Bantam Books in 1995, and is currently in its fourth printing. The book is an adventure travel/golf philosophy book with a contemporary flavor. What The River Says: Whitewater Journeys Along With The Inner Frontier was published by Blue Heron at 1996. The book is a literary accounts of a year spent working as a whitewater river guide on Idaho’s Salmon River, but it's also about the concept of the western frontier in American history. Breaking 100: Eugene Country Club’s First Century was first commissioned and released by Graphic Arts in 1999. Driven To Extremes, a sequel to Beyond The Fairway was Released by Burford Books at July, 2002. Northwest Best Places to Golf, a guidebook at the “Greatest Places” series, has been published by Sasquatch Books in spring of 2004.

In addition to his novels, Wallach has composed over 600 features, columns, essays, and reviews for over 50 different national magazines including Time, Money, Discover, Outside, Sports Illustrated, Men’s Journal, Sierra, Backpacker, Men’s Health, Men’s Fitness, Health, Mountain Sports and Living, Rodale’s Scuba Diving, Luxury Living, Travel Holiday, Alaska Air Magazine, Travel and Leisure Golf, GOLF Magazine, Golf Digest, Golf and Travel, Links, The American Book Review, and Lots of others. His short stories have been published in several of novels and literary books and his work has won many awards. He's taught writing at Milton Academy, the Oregon Graduate Institute, the Oregon Writers Workshop, and also at writer’s conventions through the west.

Jeff Wallach has 1 products available for sale in the category of Books.