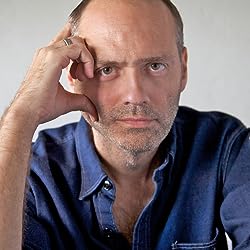 Jeff Koehler is cook, traveller, photographer , and the American writer.

His Most Recent book is Darjeeling: The Colorful History and Precarious Fate of the World's Greatest Tea is published by Bloomsbury (May 2015).

He's the author of four championships. Spain: Recipes and Traditions was printed in 2013 to glowing reviews and was named among year's best lunches from the New York Times, NPR's Here and Now, Entertainment Weekly, Mother Jones, Poor Man's Feast, the Washington, D.C., public libraries, and elsewhere.

Morocco: A Culinary Journey with Recipes (2012) was named a top cookbook by the CS Monitor. Publishers Weekly conducted three pieces on the book: "Some international cookbooks stimulate appetites and many others cause wanderlust--this survey of Moroccan cuisine does both. Food writer and photographer Jeff Koehler catches the elegance of the subject matter using the exacting aspect of a scholar and the color and sensuality of a spice market." Koehler, another PW reviewer wrote, had "made a cookbook that's almost too pretty to sully with crumbs. Almost. If just the recipes here, exposing iconic dishes to street foods, were not so darned appealing."

Rice, Pasta, Couscous: The core of the Mediterranean Kitchen (2009) was known as "a palate-rousing roundup for all those who have a taste for travel" (Publishers Weekly). "Koehler's patient, detailed directions and colour commentary are transportation

Jeff Koehler has 3 products available for sale in the category of Paid in Kindle Store.