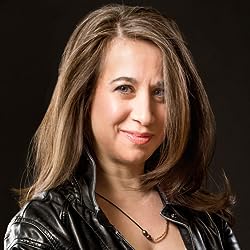 Her short story 'The Closet' was published in Ellery Queen Mystery Magazine at 2012, and yet another short story, 'The Very Old Man', in 2014. The Brief work 'Dark Sun around Tupper Lake' looks in the anthology ADIRONDACK MYSTERIES II.

Jenny is a board member and Vice President of International Thriller Writers, responsible for Author Porgrams. She's also the founder of Take Your Child to a Bookstore Day, which was celebrated in all 50 states and four countries by. Jenny hosts the Created It Seconds forum on her blog, which has showcased writers, Edgar winners, along with over 250 international bestsellers. Jenny co-hosts the series Composing Matters, which brings guests has received nationwide media attention and coast-to-coast. She teaches writing and publishing for New York Writers Workshop and Arts By The People.

Jenny Milchman has 2 products available for sale in the category of Books.