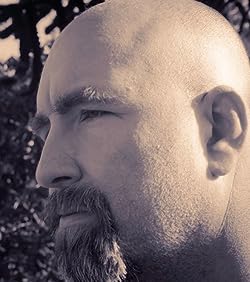 I was born two years before we landed on the moon, someplace in the middle of Long Island. I had been too young to remember much, except for the park ritual of turning times onto a stump, the bee which flew down my neck, and getting my fingernails shattered off in a car door. Ok, that's not reasonable. I remember when the kid across the street was run over by the mailman.

Once I was five, we moved to Tennessee, the land where children roam free. I utilized my freedom to smash neighbor's hibachi, search for crawdads in the creek, and attempt to recreate Evel Knievel's greatest hits on my banana seat bike. It paid off when I won the division.

Fast ahead of my freakishly big high school years, and the football coaches beat up the ring leader to cover my place over the front lines of the gridiron. That area lasted into college, in which a injury forced me to rethink my decision not to play with the tuba. Luckily, my sympathy was mistaken for paying attention to class, and I had good grades to fall back on.

In my so-called maturity, it feels as though I've lived about four resides together with the only common theme being inventive work. I've spent most of that time with either a camera in my hands or a Wacom tablet under my hands, although I tried to persuade Photoshop to get exactly what I desired. I probably thought of writing in the time that I heard that ACL dip in school, but I spent two decades mustering the courage to really put words to paper.

In the exalted height of my mid-forties (I can hear you giggling), it feels as though I was studying "See Spot run" On Lord of the Rings Thursday night, and Monday morning. In between, it had to be the Chronicles of Narnia or Madeleine L'Engle. Needless to say, I enjoy SF. Most of what is currently waiting to escape my mind through my computer keyboard is some sort of kind of fiction. It sounds to

JF Perkins has 1 products available for sale in the category of Paid in Kindle Store.