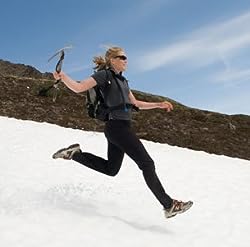 She was a community news journalist — pale-faced along with risk-adverse, using a figure suited to shelving library books than climbing hills — when her then-boyfriend convinced her to move to Homer, Alaska, in 2005. There she found that the obscure and distinctive game of snow biking, which introduced her into a lifestyle of endurance racing, travel, and adventure sports.

Her athletic accomplishments include a women's bicycle album for your 1,000-mile Iditarod Trail in Alaska, also a former women's listing for the 2,740-mile Great Divide Mountain Bike Route, along with almost fifty ultramarathon finishes. Deep down, she's still the timid girl she was while growing up in the suburbs of Sandy, Utah.

She's authored three memoirs, a compilation of essays that were personal, and co authored a biography of a man who has walked across Alaska eight (now nine) times.

Jill Homer has 2 products available for sale in the category of Books.