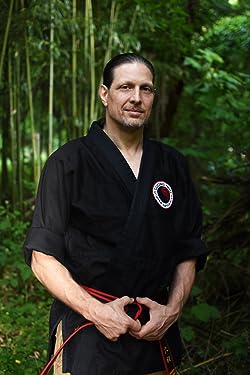 Sensei Joe Varady started his Cuong Nhu training in 1987. Over the past few decades, he has also found time to cross train in eastern martial arts including karate, tae kwon do, judo, wing chun, and eskrima (to mention a few), and various western martial arts, such as boxing, fencing, extended sword, sword and shield, and various procedures of beating fighting.

To check his skills, he attended the 2014 Northeast WEKAF (World Eskrima Kali Arnis Federation) National Championships in New York City where he took home two gold awards, qualifying him for a place on the US team competing in the World Championships summertime in Hungary. It was there he took 2nd spot on earth in total contact team fighting and 4th in contact stick fighting that is double.

Not one to rest on his laurels, in March of 2015 Joe not only won 1st place in full-contact single stick fighting at the Doce Pares World Championships in NYC, but he also won the Northeast Taiji Fencing Championships held at Philadelphia’s Chinatown. He wrapped up the year winning the Taiji Fencing League’.

Joe currently shares his martial arts knowledge as the head instructor of 2 programs: traditional martial arts through Satori Dojo and eclectic weapons programs during Modern Gladiatorial Arts, both located in Phoenixville PA.. He is also the former president and present vice-president of this Universal Systems of Martial Arts Organization, an active fellowship that gives teachers of distinct styles of martial arts with an open discussion for sharing techniques and principles. Joe was inducted into the Philadelphia Historic Martial Arts Society Hall of Fame.

Joe Varady has 1 products available for sale in the category of Paid in Kindle Store.