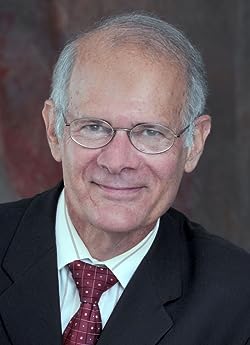 Joel Herskowitz is the son of Reida Postrel Herskowitz and the late Irwin H. Herskowitz. Since his father was an instructor and researcher in the area of Drosophila genetics, his family moved from Brooklyn, NY, to New Orleans, LA, to Bloomington, IN, along with the St. Louis, MO, where he attended high school. At Princeton he majored in music, improved his writing abilities as a newspaper stringer with the University Press Club, also took pre-medical classes. He attended Chicago Medical School for a couple of decades, then transfered to Albert Einstein College of Medicine, where he was graduated. After a pediatric internship and residency at Boston City Hospital, he stumbled in on a path on the Neurology of Behavior by the late Harvard professor Norwan Geschwind and made a decision to weave his own medical training into psychiatry and neurology, which he did by performing a year's fellowship in child psychiatry at Tufts University School of Medicine (under the guidance of Alan N. Marks, M.D.) then a residency in child neurology at Boston University School of Medicine (headed by N. Paul Rosman, M.D.). From the training and expertise came of his books: "Pediatrics, Neurology, and Psychiatry: Common Ground" and "Is Your Child Depressed?" He continues his practice of pediatric neurology and now -- stimulated by the wisdom and expertise of his spouse, Dr. Roya Sayadi, a speech-language pathologist -- co-authored a publication on swallowing problems -- "Swallow Safely." He has spoken across the nation on this subject, particularly among patients and families with Parkinson's disease, often influenced by this issue. When not practicing medicine, he can typically be found on the tennis court or studying about the game. He amuses books and CDs of all Jeff Greenwald ("Fearless Tennis"), Jim Fannin ("Tennis in the Zone"), Brad Gilbert ("Winning Ugly"), and Eugen Herrigel ("Zen in the Art of Archery"

Joel Herskowitz has 1 products available for sale in the category of Books.