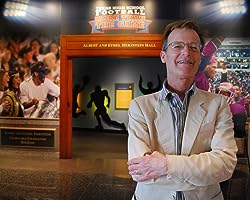 Joe Nick Patoski was writing about Texas and Texans. A former taxi driver and team writer for Texas Monthly magazine and one-time reporter in the Austin American-Statesman, He's authored and co authored biographies of Selena and Stevie Ray Vaughan, collaborated with photographer Laurence Parent on novels regarding the Texas Mountainsand also the Texas Coast, and Big Bend National Park, all printed by University of Texas Press, Besides writing Generations about the Land: A Conservation Legacy (Texas A&M Press) and also Texas High High School Football: Over the Game (Texas Historical Commission).

His 2008 publication Willie Nelson: An Epic Life, published by Little, Brown, was identified by The Friends of the TCU Library at 2009 with the Texas Book Award for the best publication about Texas written in 2007-8. His most recent publication for Small, Brown is Your Dallas Cowboys: the Biggest, Loudest's Bizarre History, Most Hated Loved Football Team at America.

His latest books were Generations about the Land, published by Texas A&M at January 2011, profiles eight families over the western United States that have been recognized for exceptional stewardship in practicing sustainable farming, ranching, logging, along with wine-grape rising; and Texas High School Football: Over The Sport, a catalog of the display he curated for the Bob Bullock Texas State History Museum at 2011.

Patoski’s new book is The Dallas Cowboys: The Bizarre History of the Biggest, Loudest, Most Hated, Best Loved Football Team in America, published by Little, Brown in October 2012. The eight hundred page book explains why and how a 1960 expansion franchise in the National Football League became America’s Team along with also the many valuable franchise in sports.

Joe Nick Patoski has 1 products available for sale in the category of Books.