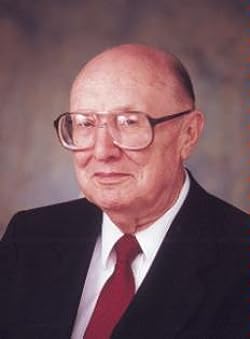 No single intellectual voice led more to the growth of contemporary biblical prophecy compared to Dr. John F. Walvoord. During his six-decade-long career as a writer, pastor, educator, and educator, Dr. Walvoord revealed a comprehensive view of biblical prophecy which was based on his rock-solid belief that each of the prophecies in the Bible either have already been, or will be, literally fulfilled.

From the beginning of his professional career, Dr. Walvoord spoke and wrote concerning biblical prophecy in light of modern events. Before the planet believed there might be a Jewish return to the Holy Land or some nation of Israel, '' Dr. Walvoord insisted that a new Jewish state would emerge and that nobody, if it be the British, the Palestinians, or even the Arab states, could stop this inevitable fulfillment of biblical prophecy.

Ahead of the Arab-Israeli wars of the 1960s, Dr. Walvoord maintained that Israel would acquire more land and power. He found God's strategy for its end-time begin to unfold because the Palestinian-Israeli battle became the focus of NATO and leaders. He taught that shortly all the countries of the planet would be embroiled in conflict resulting in the events prophesied in the books of Daniel and Revelation.

Walvoord's research led him to author, coauthor, or edit more than 50 books on Bible prophecy. One, "Armageddon, Oil, and the Middle East Crisis," became an international best seller in 1974. This work was later revised and enlarged in 1990 during the Gulf War with Iraq. Over

John F. Walvoord has 4 products available for sale in the category of Books.