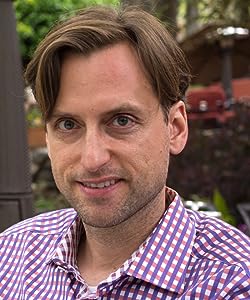 John Forrester is the writer of Lord of the Fallen, Book 1 in the Maledorian Chronicles. He's also the writer of Lord of Dragons & Lord of Dragons from the Princes of all Star Mage and Fire Mage, Sun Mage, Shadow Mage, Dragon Mage, Naverstrom epic fantasy series, also Death Mage from the Blacklight Chronicles fantasy series. Now over 90,000 copies of the books are sold.

Some of his inspirations include the Harry Potter series, Catcher and the Rye, Lord of the Flies, The Hunger Games, The Game of Thrones The Lord of the Rings, The Golden Compass, and The Name of the Universe. As for favorite authors, he also stands in awe, to humbly learn and respect, authors including Hemingway, Steinbeck, Dostoyevsky, Nabokov, Chekhov, Tolstoy, Salinger, Golding, Fitzgerald, George Orwell, Somerset Maugham, Cormac McCarthy, Stephen King, and J. K. Rowling.

John Forrester has 2 products available for sale in the category of Books.