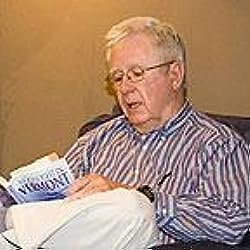 John Hilferty created an effective transition from fiction into writing fiction with his first novel, "Moonlight in Vermont," which was judged the "Best in Romance" by the National Indie Excellence Awards in 2007, also has been a finalist among Greatest Publications, USABookNews.com in 2007.

USABookNews.com called the story "a knock outside romance-suspense book" Novel Review.com wrote: "Masterfully implemented ... The texture of the ski town comes right from the page ... " Steve Porino, World Cup ski advisor for NBC-TV and a former US Ski Team member, said the book is "remarkably perceptive and plausible. I really feel like I'm taking a walk down memory lane at the boots of somebody else. I couldn't put it down."

Hilferty has written three other books. Two are histories co-authored together with his wife, Ellie.: "The Mad River Valley" and "Skiing at the Mad River Valley." His most recent book, "In the Dead," is a book based on the disappearance of Teamsters boss Jimmy Hoffa. Whilst covering crime with The Philadelphia Inquirer Hilferty wrote to Hoffa's disappearance about the New Jersey connection.

His writing career includes a Pulitzer Prize shared with other reporters for The Inquirer' coverage of the Three Mile Island nuclear accident, and an AP Managing Editor's award for an investigation into the murder of Mafia boss Angelo Bruno. Many awards have been won by his travel essays. Watch http://www.johnhilferty.com.

John Hilferty has 1 products available for sale in the category of Books.

John Hilferty is rated 6 out of 10 based on 5 reviews.